Natural sexuality and the false intelligence

This is about human sexuality. We know that gender is the psychological sex of a person. Gender specifications are biologically advanced and also they are progressive according to the hominid evolution. Specifications which are based on the sexuality and sexual attraction between two sexes can be identified within the world of creatures too. But today there is a false intelligence which is teaching people to deem these gender specifications as wrong things. Male gender specifications are representing masculinity and it is strongly attached with the natural male sex drive. And female gender specifications are representing femininity and it is strongly attached with the female sex drive too. Naturally there is a sexual attraction between gender specifications. So what is wrong with specifying human activities according to the gender and matching up male and female sex drives? A group of people are trying to show their intelligence by spreading out an unpleasant attitude about that and fighting against the natural sexuality. They are bashing heterosexual related activities. But they are very keen to generalize homosexuality. Not only males have brains, females have female brains too. Men cannot establish the whole society based on masculinity alone. There must be a corresponding formation which is setting up by women based on the femininity (Real femininity). Gender specifications are actually important for that. So what is wrong with this gender based categorizing of human activities, if we are speaking words like men, women, male, and female….etc? According to the false intelligence, gender based categorizing of human activities is wrong and it is a social injustice for women. Why these intelligent people are not giving any chance to women for thinking as women based on their natural femininity and female feelings? All of the specific female activities are corresponding to specific male activities. Women who are really feminine know how to establish the female community corresponding to men’s social creations. The false intelligence teaches everyone to deem all of the gender specifications are man made and they are injustice for women. Have women no feelings to respond male feelings? According to the false intelligence, women are there for fighting with men and hate male feelings.
The other thing is false intelligent people are bashing family foundation. According to the nature male body type and sexual characteristics are designed for interact with the environment more actively and efficiently. Female body type and sexual characteristics are designed for growing an embryo inside a womb and nourishing babies by breast feeding after birth. So what is wrong with men are working hard, protecting and maintaining their families while women are nurturing children and staying at home? If all of these things are wrong and the whole structure of the society is injustice for women why they are existing? Because of they are accepting by the nature. Stealing words and giving wrong definitions for them is another fraud of these false intelligent people. Now they are trying to bash natural sexuality by using the words like “Rape”, “Sexual abuse”, “Sex offender”, “Child abuse”, “Sexual assault”…….etc. We know these things are wrong. But these wrong things are relative and they must be compared with a well established acceptable sexual lifestyle which is natural. The false intelligence teaches this sexual lifestyle is wrong as well. According to the false intelligent people, women and girls are sex objects of men and boys. They deem it is wrong. These hypocrites must apply this logic to their mothers and their wives. The false intelligent hypocrites are using the above mentioned terms as their weapons to fight against the acceptable sexual lifestyle. There is another important thing. It is what false intelligence is always opposing gender specifications and the gender based categorizing of human activities. But they want to talk about the gender based violence against women. If the violence is related to sexuality, women suddenly remind that they are women. We must remember one thing. That is all of us here in the human society are born as a result of natural sexuality. Now it is time to think wisely and give up the hypocrisy. False intelligent people are cheating on them by them selves. Finally they are stupid, selfish, lazy and irresponsible. They know only how to eat, drink and sleep. They are pretending and misleading the society by misusing words while they are unable to setting up the society. They do not know what will happen to their own sexuality in future. They are destroying their own nationalities by themselves as well.
Posted by Dulantha at 8:16 AM 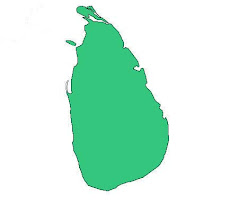 Sri Lanka is an island, and also a tropical country. There are many different climate regions in the island. That is why Sri Lanka is rich in biodiversity. It is a paradise of natural beauty. 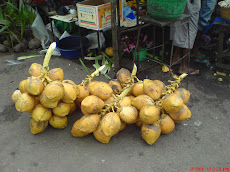 Successful development is not only the physical development. Targeting only physical development, and utilize resources grossly and destructively in spite of environmental balances, is not suitable for real progressive minded people. We must develop our minds to think so many areas before doing something. If we considered the field of science and technology, if we are going to implement new things targeting only commercial goals, that will be a big reason to grow unnecessary needs in the human society. This is the main reason which leads people to utilize resources destructively.

That is why we must control our minds first.

The largest bird in the world, it can't fly

Transformation of our attitude 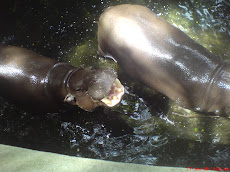 Today we must critically discuss about the sexuality according to the evolution of life. Because of we must be correctly identified the advance human features which are related to the human sexuality such as gender specifications, family unit and the concepts of paternity and maternity. Feminists are trying to make an unpleasant attitude about these things today. It is clear they are bashing the natural sexuality. They hate men and the true nature of sexuality too. We must not give any chance for them to generalize their capricious behavior.

Environmentalism and feminism cannot be linked together.

Do not allow feminists to denote that they are environmental friendly people. They are trying to conflate environmentalism and feminism together falsely. People who love the natural environment really are also love the whole nature. They cannot oppose the natural sexuality. But the feminists are always fighting against the natural sexuality and especially they are fighting against natural male sex drive. They do not accept gender specifications which are based on straight sexual orientation. Natural environment is important to the existence of human kind. But it is not the whole nature. If we really love the nature, we must accept all the things which are related to the nature too. 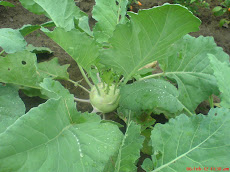 Organic manure is the best

Dulantha
This blog is for discussing everything about the nature and human society.

Live close to the nature.

No one can totally get independent from the nature. It can control all the things which are created on its own. We must live close to the nature as much as possible. If we tried to go beyond the nature, as a result of that the lifetime of the human society will be decreased too.

Religion is an essential part of human society.

In any human society that belongs to any ethnic group, there is a religion. It is the main factor of multitude the people spiritually. Any one can argue that the religion is not essential in the modern society. But we must think, what is modernism? That is also an ideology, which is generated by the human mind. The weak point of the human mind is it cannot be totally satisfied with any thing. The theories of modernism can be changed in future, according to the nature of the human mind. The spirit of a religion will not be changed like that. People who follow a religion can discriminate good and bad things, and also discriminate the things can increase the life time of the society and the things are not like that. So they can conduct the knowledge for weal of the human society and all the beings of the world.

Get ready to the challenges of the future.

If all of countries follow the theories of developing for 50 years from this point forward, the next generation may have to spend more time of their life to solve the environmental problems which are generated due to mistakes done by the past generation. We have to conduct the knowledge of all areas beyond the commercial goals. All the sub-versions, which have taken place in all the fields after the industrial revolution is, cannot be generalized as they must happen as it is. We must control our minds to control our needs.

Then we will be able to control the destructive resource utilizing. 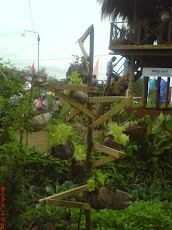 Agriculture must be the core of any economical system